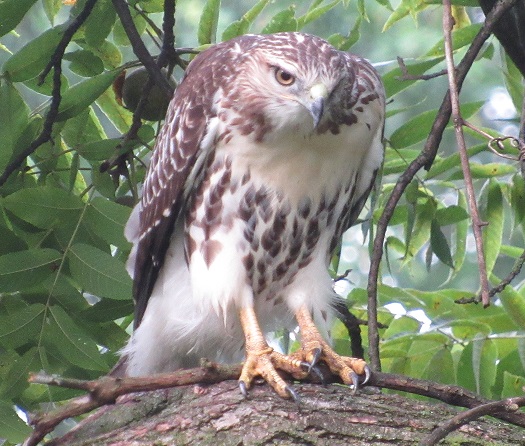 Get off Facebook and get on with your life!

Facebook and Twitter have every right to control who says what on their web sites UNTIL they began doing the bidding of the government, and more importantly, began favoring one political party over the other in an attempt to take and control power. At that point they became tools of tyranny, and must be stopped!

The current Humanitarian Disaster in Afghanistan is all the evidence needed to see the danger of Censoring Free Speech. Social Media sites like Twitter and Facebook are guilty of both manipulating and concealing the truth from the American public about issues critical to choosing their government officials. The result is a Senile, Incompetent, and Feckless President who is surrounded by sycophants and who lashes out in anger over the slightest criticism, even though he presides over perhaps the greatest military and political blunder in American History.

What may have started out harmless enough, with people sharing pictures of food and vacations, has morphed into a colossus of political power and influence, and the grip they hold on their user base approaches a narcotic addiction.

People have “Friends” lists with hundreds of people they have never met, and say things that they would never say to someone’s face. It’s almost like an “Informational Road Rage” where you curse and yell at the faceless person in the other car until you get in an accident and realize it’s a real person who might need your help!

Unfortunately, Real Friends are also caught up in the mess. When typing a passionate post early in the morning, the fact is lost that you are essentially getting up at a Party and yelling to the entire crowd of friends gathered before you. There are a lot of things that you wouldn’t say, and other things that you shouldn’t say, that go out from your electronic soapbox to everyone! Worst of all, you don’t make Real Friends on Facebook, you only lose them!

The end result of all these “Friends” interacting in an increasingly divided political climate is a complete Loss of Civility! Now the things that people wouldn’t say or shouldn’t say are replaced with personal attacks and insults.

The old idiom has never been truer: A lie travels around the world before the truth gets out of bed! People post and re-post things they never bother to verify, and when it’s finally questioned, the truth seekers, which are a tiny minority, are savagely attacked!

My personal journey on Facebook also started out harmless enough, however my friends list soon swelled to over 500 people, most of whom I never met. Then came a period of “Drive-By” posts attacking me for a thoughtful reply to a friends post that I just happened to know a lot about. As the political climate in America degenerated, so did my experience with Facebook.

Then I had this brilliant idea; I’d whittle down my friends list to people I only know. The whittling down the list was costly in some respects. Along with people I didn’t know, I “Un-Friended” some real friends whose posts I just would rather not see. That was sometimes mistaken as not wanting to be Real Friends, and came with it’s own consequences.

Finally with the list down to real friends who’s opinions didn’t bother me so much I entered into a relatively good period where I was back to posting pictures of birds, food, and music videos, and replying to my friends posts with jokes and banter.

Then the 2020 election hit, and the censorship and misinformation went full bore! The Chester County Board of Elections told me explicitly that my Ballot in the 2020 Presidential Election was “Lost of Stolen”! When I posted about it on Facebook, my posts were either tagged with inaccurate “Fraud Alerts” or just simply removed.

At this point, my anger and attention turned to Facebook, and not necessarily my list of Friends. A lot of posts I made were simply to see what reaction I could elicit out of Facebook. There were also a lot posts containing lies and misinformation that take seconds to post but hours to debunk!

Finally, August 2021! I blame the ineptitude and callousness of, among other things, leaving millions of Afghan Girls and Women to be raped by the Taliban on Joe Biden, but I blame Facebook for Joe Biden!

I can no longer in good conscience be a part of Facebook. I will be saving my pictures and videos and de-activating my account in the coming days. If all goes according to plan, I will be deleting my Facebook Account in a couple weeks.

I set up Viking Raider as an alternative Social Media Site and created some accounts, but it never really caught on with anyone. I removed all those accounts and will create a new one for you if you are still interested. In the meantime, I will be getting back to posting pictures of Birds and Food, and Music Videos, and any thoughtful writing I’d like to do on VikingRaider.com.